Google Apps for Education: Is It the Right Choice for Our Students?

I went to Learning 2.0: A Colorado Conversation (2010 Edition) on Saturday. Scott Elias, Deanna Dykstra and team (with a special shout out to the students that did the streaming) did a great job putting on a worthwhile event.

I think I was a little distracted during the morning sessions for some reason and didn’t contribute much, but settled in during the afternoon. The day ended with some round table discussions, and I participated in one centered on Google Apps for Education. This allowed me to continue a conversation I had been sporadically having with Bud Hunt via email and I brought up a couple of issues that had been troubling me. Now, to be clear, I don’t think anyone else at the table completely shared my concerns, but since they are still troubling me I’m going to share them here on the blog in order to help my own thinking (and perhaps yours).

My first concern is what happens to our students’ stuff when they graduate (or leave the district before that)? Because of the nature of Google Apps for Education, all student work (Docs, Gmail, Sites, Groups, etc.) is tied to their Google Apps domain login, which is very helpful and convenient as long as they are students in our district. The problem comes when they leave – what happens to their stuff? Most – if not all – districts are going to delete student accounts after they leave – which will delete all their stuff.

Now, I know there are ways you can get some or all of your stuff out of Google Apps. It’s fairly easy to download all your files, and I know there are ways to get your emails out. And – depending on the settings in your domain – you may be able to transfer ownership of documents (although we haven’t had any luck with Sites yet) outside of the domain (to your non-apps Google account, for example). But, from my perspective, there are major issues with this. What’s the likelihood of the majority of our students successfully doing this on their own? Either because they don’t think of it (or don’t think of it in a timely fashion before things are deleted), they have technical difficulties, or they can’t imagine wanting to keep any of it in the afterglow of graduating.

The second major issue is their digital footprint. If out students produce stuff that’s worth keeping, and stuff that’s remarkable (employing Seth Godin’s use of that term), then we would hope that other people will have taken note of their work and will reference it. They’ll bookmark it, Diigo it up or Evernote it, use it as a reference, etc. When we delete their account, we delete their footprint. The Google Sites they’ve created? Gone. The Google Docs they’ve published to the web? Possibly gone. (If they transfer ownership outside of the domain I think the URL will stay the same. If they download all their docs it will not.) All the links and digital conversations centered on that work? Broken and incomplete.

Can we address some of those issues (give them directions and procedures for downloading/transferring their docs, talk to them about why they might want to keep their stuff)? Sure, but it seems like a pretty clunky solution to a possibly serious problem, one that we should address before jumping on the Google Apps bandwagon (and still doesn't address the footprint issue). If your school/district is using Google Apps for Education, do you have plans and procedures in place to deal with this? If not, shouldn’t you have had that before you put your students in there?

I know a lot of folks will suggest that not much of what students do in K-12 is worth keeping. There is certainly some truth to that, but I would hope that it’s not completely true. (And that perhaps if we were doing a better job that would change, as what does it say about what we do now that none of it is worth keeping, but I digress).

This all leads to the second question I asked in that round table session: Why go to Google Apps for Education at all? Bud Hunt gave a very good answer, one that I agree with about 80%. I can’t do it justice, but basically he said that it gave our students a platform to work and publish, and to keep that work from year to year throughout their schooling, and that we can manage it as schools/districts, all of which is a big advance over what many of us have now. (Even with three hours of sleep, Bud is much more articulate than I am.)

But my current thinking it that the advantages of going to Google Apps for Education do not necessarily outweigh the disadvantages. In addition to the “worth keeping” and “digital footprint” issues above, add in that their Google Apps domain login doesn’t give them access to all the other Google tools that a non-domain Google account gives them (Reader, Blogger, YouTube, etc. etc. etc.). So if our students want to use those (and I certainly want them to), then they’ll have to create a separate Google account anyway, which adds a layer of complexity and also negates some of the supposed advantages of having a Google Apps domain (ability to manage accounts/passwords; kids have one place to go to get their stuff).

I just can’t help thinking that we’re putting in all this time and effort (including on-going management) to go to Google Apps for Education, when really it gets us less than what we have if we don’t. Not only does it give us less, but it may actually undermine what we want to do with students. If we want them to be safe, effective and ethical users of the Internet, let’s not create a semi-walled (and only temporary) garden that limits their ability to learn, create, publish, distribute and interact. Let’s not hamstring their ability to create a digital footprint that they’ll be proud of. Let’s not put additional barriers in their way that make it more difficult to manage the artifacts of their digital learning and their digital life. (And if this sounds like many of my arguments against many of the Internet filter policies that are currently in place, the resemblance is purely intentional. I wonder if the popularity of Google Apps for Education is at least partially due to the increased level of control it gives us over our students?)

How about instead of spending all this time and effort setting up and managing Google Apps for Education, we spend it teaching our students how to responsibly use the full suite of Google Apps themselves? How about we teach them how to manage all of their digital work, whether it’s with Google or somebody else? How about we teach them backup plans and exit strategies for all these “free” Web 2.0 tools? How about we help them think more intentionally and purposefully about the work they are doing and the footprint they are creating? How about we model the behaviors we’d like to see them imitate?

Which do you think is going to be better for our students in the long run? (I'm truly asking that question, not just making a rhetorical point.) 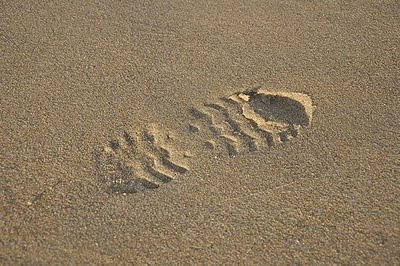